This post is about the superb show last Tuesday by the Carolina Chocolate Drops and openers Birds of Chicago and David Wax Museum. But I would be remiss if I did not first acknowledge that last week, the world of folk music lost two beloved artists: singer-songwriter Jesse Winchester and Brown Bird’s David Lamb. Newspapers have eulogized Winchester as “a honey-voiced singer who wrote thoughtful songs with deep Southern roots[,] . . . plain-spoken and succinct,” and a “tunesmith of lyrical, sensitive ballads.”

Less well-known but no less admired by friends and fans was David Lamb, half of the indie-folk duo Brown Bird. A tribute concert for Lamb, held last week in the band’s home base of Providence, Rhode Island, drew, by one estimate, a thousand people. The tattooed troubadours (as NPR dubbed them), who toured last year with Trampled By Turtles, mixed American folk with eastern European rhythms, crafting songs both haunting and high-spirited.

I will leave the tributes to the professionals and simply remark on the enduring power of music — including the music of these two men — to remind us of home and propel us through tough times. Louisiana-born and Memphis-reared Jesse Winchester wrote “Mississippi, You’re On My Mind” in Canada, where he had moved to avoid the draft. The song conveys a yearning for the south he left behind — not sugar-coated and romanticized, yet romantic in its embrace of the tumbledown, ramshackle parts of the place that was home: I think I hear a noisy old John Deere in a field / Specked with dirty cotton lint, and beyond that Field runs a little country creek, and there you’ll Find the cool green leaves of mint.

Brown Bird’s music explored the common man’s burdens in “Fingers to the Bone,” a banjo-and-percussion driven, twangy tune describing (but not despairing over) a hardscrabble life: I’ve worked my fingers to the bone, not a pretty little penny have I got to show / I ain’t looking for much, just a little bit of rest by the side of the road. (Apropos of that theme, Steinbeck’s “Grapes of Wrath” turns 75 today.)

Reflecting on the April 8, 2014 show at the 9:30 Club, where Carolina Chocolate Drops performed with Birds of Chicago and David Wax Museum, I realize that these bands capture vignettes of life similar to those described by Winchester and Lamb: songs of hope, of imperfect but resilient love, and of soldiering on through days that threaten to break our backs and our souls.

The husband-wife duo of Allison Russell and JT Nero forms the core of Birds of Chicago. Their sound is a mix of Americana, country, and soul, built around harmonies and back-porch instruments including banjo, ukulele, and guitar. Russell’s sweet, clear voice contrasts with Nero’s scratchy drawl, but the two fuse to create music that is earnest and sometimes dark, but hint of better days, as in Trampoline: World gonna be so cruel to you / World gonna be so mean / I’m gonna catch you when you’re falling through.

And in Cannonball, simple, lovely ooh-ooh-oohs are interspersed through a song studded with artful turns of phrase about “lonely hearts soaked in rye” and cutting “a hole in the curtain of the dead of night.”

Nero identifies The Band as a major influence, which seems particularly fitting this week as fans mourn Jesse Winchester, because it was The Band’s Robbie Robertson who produced Winchester’s first album.

Second up that evening was David Wax Museum, whose music I’ve  gushed about here. It is always a treat to hear them live, so the addition on this tour of David’s cousin, accordion player Jordan Wax, was just icing on the tres leches cake.

The set was rollicking good fun, full of kinetic energy and the band’s signature synthesis of American (by which I mean los Estados Unidos) and Mexican folk. The sonic palette of the band is as colorful as the macaw in La Guacamaya, a song in the regional folk style of Veracruz. David Wax hopped about the stage strumming and singing, Suz’s turquoise skirt swirled as she danced and fiddled, and Jordan and Philip Mayer (accordion and percussion, respectively) were more understated in manner but no less joyful in their performance.

The headliner for the night was Carolina Chocolate Drops, an old-time strings band from Durham.

Their set was a mixture of lighthearted fun, history lessons, and darn good singing and playing. Multi-instrumentalist and vocalist Rhiannon Giddens joked that with the bevy of instruments spread across the stage, it looked as if the three bands cleaned out a music store. And indeed, there were fiddles, banjos, guitars, jarana, mandolin, cello, drums, accordion, and two percussion instruments we don’t often encounter — donkey jawbone and bones.

Carolina Chocolate Drops is a band that is unafraid of exploring the deep roots of music that can be historically and artistically fraught, including slave songs and minstrelsy. Rowan Corbett played the bones — two pieces of wood that make a rhythmic clickety-clack (somewhat like tap dancing) — with a precision and energy that drew whoops from the audience. Along with Hubby Jenkins’ banjo, these represented some of the earliest instruments brought over on slave ships.

All of this got me thinking — when we use the labels of “roots music” and “Americana,” whose roots and which America are we talking about? How far back in time do we go, and what about cultural borrowings (or takings?) between black and white musicians? In incorporating blues, Scottish folk, contemporary R&B, and spirituals (Hubby Jenkins asked the sold-out crowd, “y’all don’t mind going to church for a bit, right?”), Carolina Chocolate Drops’ music might be symbolized not so much by roots as by rhizomes — a cluster of roots with offshoots that produce new beginnings.

For me, some of the evening’s highlights included Scots-Gaelic mouth-music (Giddens explained that Highland Scots settled in North Carolina in the 1700s) — which are songs intended mainly for dancing, where rhythm is more important than the words — as well as the downtempo, minor-key instrumental Snowden’s Jig (subtitled Genuine Negro Jig), and the catchy, sing-along Cornbread and Butterbeans.

This is a working man’s song, one that draws on images of the antebellum South and reminds us that simple pleasures exist even when the rest of the world makes us weary.

Cornbread and butter beans and you across the table,
Eating beans and making love as long as I am able,
Hoeing corn and cotton too, and when the day is over,
Ride the mule, and cut the fool, and love again all over.

Birds of Chicago, David Wax Museum, and Carolina Chocolate Drops each includes a mom traveling with her baby, and the show coincided with the peak bloom of the cherry blossoms. This was altogether fitting, as the bands delivered performances as refreshing as the long-awaited arrival of spring in the city. 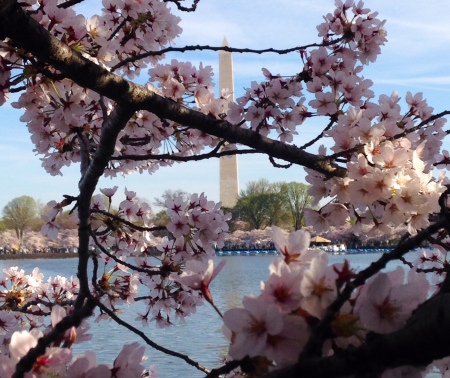