“Who’s playing tonight?” asked a passerby, eyes widening as he scanned the line that stretched two city blocks before winding down an alley. Across the way, a mural of Duke Ellington gazed on the scene. That juxtaposition must have been as poignant for the evening’s performer as it was for the concertgoers waiting to enter the Lincoln Theatre: the jazz singer and pianist Jamie Cullum was about to play in the historic space where the Duke himself once performed.

After seeing Jamie Cullum at the 9:30 Club last summer, I wrote a post filled with modifiers such as “effervescent” and “scintillating.” On Friday night, I thought: This venue has been graced by the jazz greats – Ellington, Louis Armstrong, Ella Fitzgerald. Will Cullum command this stage in the same way he took the 9:30 Club by storm?

For anyone less passionate about jazz, that might be a tall order – but the English musician packs a fierce one-two punch of verve and versatility. He’s introduced listeners to jazz not only through his electrifying performances but also through his weekly BBC Radio 2 show, featuring interviews with and live performances by the artists he admires. I used up so many superlatives writing about his 9:30 Club show that I’ll just leave it at this: Whether he’s interpreting a Nat King Cole classic, reconceptualizing Radiohead, or delivering rambunctious, original jazz-pop, Cullum radiates pure joy. It can be hard to engage an audience at a seated venue, but by the end of that night, Cullum had everyone at the Lincoln on their feet, jumping and fast-clapping, singing the harmonies, all smiles and bright eyes. 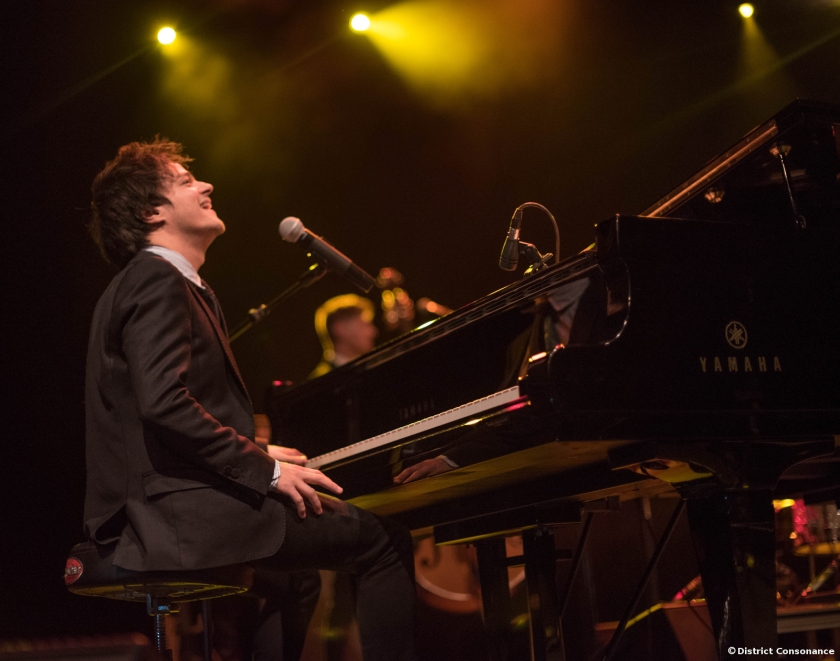 Jamie Cullum is touring on his latest record, Interlude (Blue Note Records). “To get where you want to go, sometimes you have to go back to where it all started,” Cullum explained. He describes Interlude as “a perfect title for the album ’cause this is genuinely my first proper jazz record.” Where 2013’s Momentum (Island Records) showcased his crossover jazz-pop songwriting, Interlude reaches back to early jazz standards: Cullum’s smoldering, slinky, brassy title track was originally performed by Dizzy Gillespie and Frank Paparelli (Night In Tunisia).

Interlude also includes “Good Morning Heartache” (Billie Holiday), which Cullum performs as a duet with Laura Mvula. On Randy Newman’s “Losing You,” – one of two modern tracks on the album – Cullum remarked: “It’s one of those songs where as a musician, all you have to do is play the right keys and sing the right notes. The lyrics and melody perfectly express it all.” And he was right – there were times when the audience seemed hesitant to applaud for fear of disturbing the magic being made on stage.

For me, the most spellbinding portion of the evening was Cullum’s cover of Detroit folk songwriter Sufjan Stevens‘ “Seer’s Tower.” Cullum’s interpretation is haunting, incorporating a riff from Nina Simone’s “Ballad of Hollis Brown.”

Cullum also treated the crowd to favorites such as “Twentysomething,” “The Same Things,” and “When I Get Famous.” From striking a rhythm on the piano rim to clambering onto the Yamaha, dancing in front of his band and then sauntering down the aisle to croon to delighted audience members, Cullum displayed boundless energy. It was no wonder that he had to shed his jacket and then tie, brushing his sweaty hair out of his eyes as the evening progressed.

Throughout the show, Cullum’s band (including trumpet player/guitarist Rory Simmons) shifted voices fluidly, watching for Cullum’s signal to morph from solemn, light percussion to playful mid-tempo swing to assertive rock beats. As my friend remarked, Cullum “lent so much energy to the other musicians – I loved watching their reactions.” 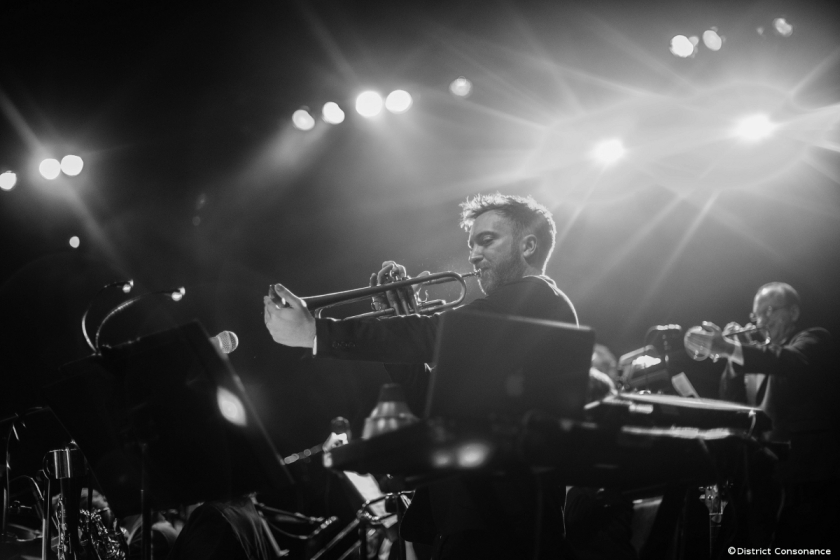 At the end of the evening, Cullum improvised a song for the D.C. crowd, mentioning his pre-show meal from Ben’s Chili Bowl and promising to return next year. In response, audience members hollered “sooner!” and Cullum’s face lit up with a grin as he echoed “Or sooner.” We’re going to hold you to that, Jamie.

You can (and should) buy Interlude (physical or digital), and check the tour schedule to see if Jamie Cullum and his entourage are coming to your town. 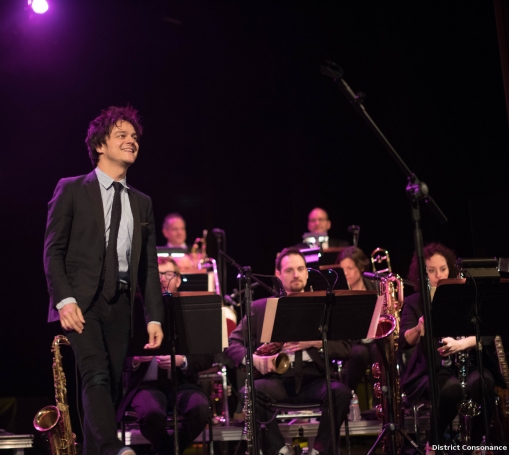 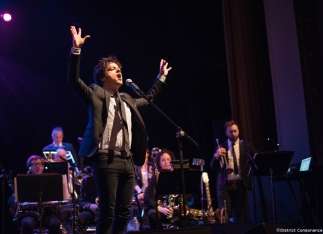 My heartfelt thanks to Jenny Carroll, Danny White, and Sian Thomas for the photo pass.

4 thoughts on “Jamie Cullum: An Interlude in D.C.”

Follow District Consonance on WordPress.com
© District Consonance, 2016. Unauthorized use or duplication of this material without express, written permission from this site’s author is strictly prohibited. Excerpts and links may be used, provided that full and clear credit is given, with appropriate and specific direction to the original content.
Loading Comments...
Comment
×
%d bloggers like this: