An evening with Medeski Scofield Martin & Wood is an evening of jazz infused with bossas and boogaloos, an evening of quicksilver sonic play. The joy of listening to these guys can be eclipsed only by the joy of watching them watch each other. With the slightest nod and smile, they shift to a new idea and lock into it together, seamlessly, as if they were a single consciousness rather than four individual musicians.

Take guitar, stand-up bass, piano, and drums, and put them in front of peerless musicians with wide open musical sensibilities and backgrounds in jazz, blues, folk, soul, and rock. Then take a straight-laced, wonky Washington crowd and remind them to leave the suits and smartphones at home. What you get is an evening of genre-crossing music and an audience nodding along, grinning, and dancing to the funky grooves and improvisational playfulness of Medeski Scofield Martin & Wood.

MSMW is the ensemble of keyboardist John Medeski, guitarist John Scofield, drummer Billy Martin, and bassist Chris Wood. They’re currently touring on their latest album, “Juice,” the blueprint for which was found in a compilation of African-derived music put together by Martin and shared with the group. 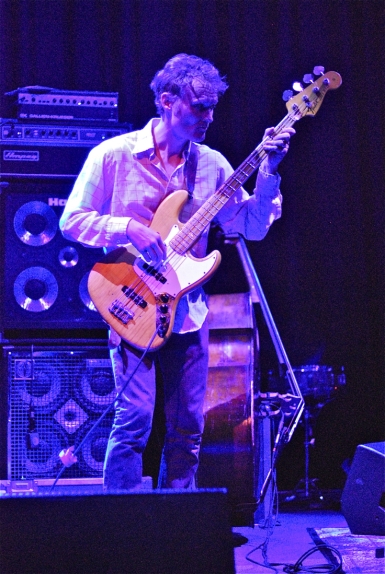 The album starts out with the festive, jaunty “Sham Time,” originally written by saxophonist Eddie Harris and interpreted here with bluesy runs and vintage organ flourishes, backed by shuffling percussion. There’s “Juicy Lucy,” a delicious Latin-groove-filled track that draws from an old Cuban tune, “El Loco Cha Cha,” popularized in the States by “Louie Louie,” the 50s R&B hit by Richard Berry and covered by The Kingsmen. In addition to original compositions like “North London” and “Helium,” MSMW’s “Juice” includes reimaginations of Cream’s “Sunshine of Your Love” and The Doors’ “Light My Fire.”

I’ve seen Scofield’s trio and Chris Wood in the Wood Brothers, but the 9:30 Club show earlier this month was my first time seeing MSMW perform together. A friend put it perfectly when he remarked after the show that “the best part of the evening was watching them watch each other.” All it took was a subtle glance from one to another and they would shift ideas, alternately letting Medeski’s shimmering organ take center stage, giving way Scofield’s heated fretwork, ceding to Wood’s virtuosic combination of samba and West African rhythms, or letting Martin’s drum work send the audience into appreciative whoops and clapping. 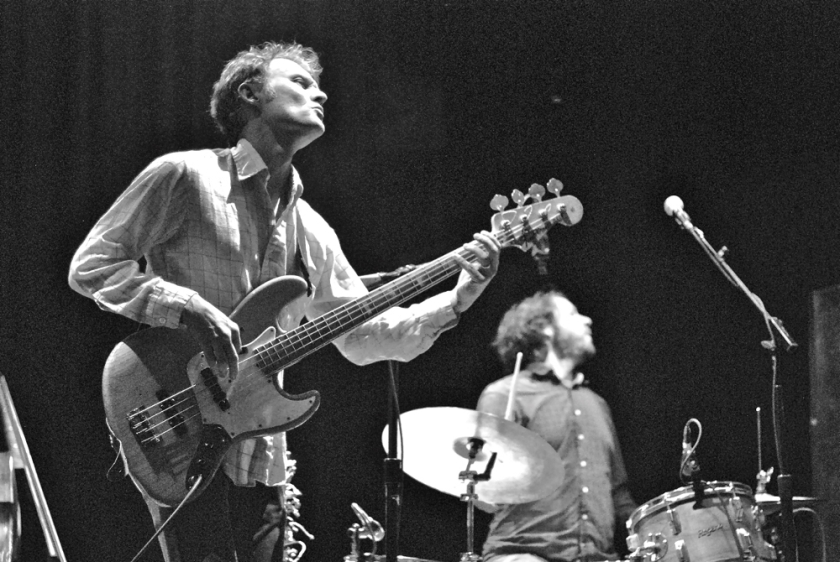 I attended the show with a couple of guys who met through DC’s improv comedy community, and it was fascinating to hear them talk about jazz improvisation. It highlighted for me the connections between theater that unfolds as it moves along, unscripted and developing within agreed-upon parameters, and the process of co-creation in jazz. Just take a look at what a jazz-funk-“avant noise” set list looks like. 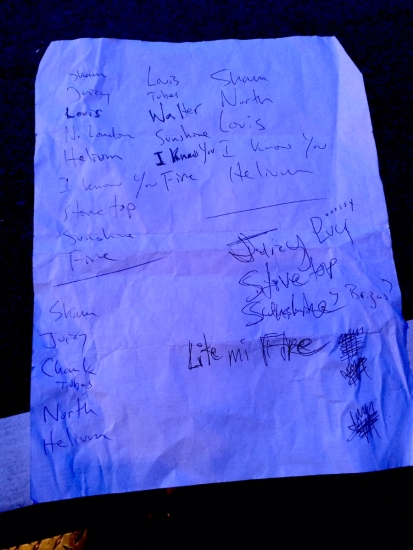 These are the kinds of evenings that cannot be duplicated, cannot be confined to the straightjacket of mere words. The performance is an organic, evolving creation, an experience that does not follow a linear path but instead has vines, shoots, roots, fruits, leaves.

Drummer Billy Martin remarked: “We originally wanted to record various Latin and R&B boogaloos for this record, but it all morphed into something else.” In case you had any doubt, it’s something wonderful.

A big thanks to Kevin C. for letting me take a few photos of the magical evening. Can’t wait to see these guys again.